With the games being released on March 14, 2010 in the U.S. I truly feel the need to review my Japanese import versions of the games along with the included Pokéwalker peripheral. These are the first games I have imported, so there are of course downsides to this, which I will discuss, but in the end the games are remakes of classics I grew up on, remember well, and loved.

I have literally been putting off this review for a long time, more like 2 months, but still it seems like a long time. I couldn’t wait to get Heart Gold and Soul Silver. In the end I ordered both versions of the game, not just Heart Gold, I bought a second DS so I could trade with myself, and to this day do not regret those decisions. I mean honestly, Pokémon is a series I grew up on, played the hell out of in my younger years, then stopped playing and went through the years when Ruby and Sapphire was released thinking it was a lame game for kids (in other words I was too “cool” for it).

Well time passed from that point and I became one with my inner nerd and bought Pokémon Diamond on release day a few years back. I poured over a 100 hours into it to never beat it and not play it for well over a year. I did enjoy it, but I guess I just never had the motivation to pick it up and play through the last gym badge. Through the media coverage on the internet on HGSS I decided to delete my Diamond game and start fresh while waiting for HGSS to arrive from Japan. I once again fell into the magically world of catching them all.

I first played through Soul Silver first because it was the version that arrived first (sad though because I ordered Heart Gold long before it, but with slower, cheaper shipping). As of writing this post I have played Soul Silver for a little over 60 hours and Heart Gold over 10 hours. I am yet to fight and defeat Red in Soul Silver, but I swear I will one day!

The first impression the game leaves with you is just that of every Pokémon game, you truly just don’t want to stop playing. The battles seem fresh with the new sprites, updated music, and attack animations that truly add to the gameplay. The game hasn’t messed with the core formula of the Pokémon games of past, but nearly improves on it in someways. The first thing you may have noticed, whether from screen shots or reading it some where is that the first Pokémon in your party walks behind you and follows you like Pikachu did in the Yellow version. I personally love this addition, the sprites look extremely cute, whether it be a huge Giratina, cute Mew, or any Pokémon in between. (Did I mention Mew? Yes I did actually, I have two legitimate Mews because they were released as a limited 10th anniversary WiFi gift. Pretty sweet in my mind because to that point I had never seen or caught a Mew before.)

Back to the Pokémon that follows you, well I guess the fact that it is the Pokémon first in your party, not the Pokémon you choose to follow you, it can be undesirable. For example, lets say I have a Geodude in my party and I want to level him up. This means that if I want him to be the Pokémon released first into battle I have to walk around with his ugly ass following me. While this doesn’t bother me too much (most sprites look very cute) it can get old if you only wanted one to follow you but not fight in battles, like a Mew for example. You can turn around and face your Pokémon and it will interact with you and make some faces (I truly have no idea what it is saying because I don’t know a slick of Japanese). I wouldn’t call this a strike against the game though because the positives of it far out weigh the negatives.

The graphics honestly don’t look much different than a slightly updated, polished version of the Diamond/Pearl/Platinum engine. It does look nicer, but not a huge overhaul, which is acceptable and appropriate in my mind. The nicest looking thing I have noticed is the new buildings, they just look really cool. The grass you travel and roam in looks different than in DPP but you get used to it fast. You will notice, as I have, small little details which bring a little bit of character to the game. This is truly a joy, you’ll see.

The Pokécenter feature a PC on the corner of the Nurse Joy desk which is a very smart placement. (When I play Diamond and Platinum now I feel lost and out of place when trying to use my PC). The box system is refreshed and features an optional use of the touch screen, which I personally use because dragging and dropping is much easier when trying to organize my PC boxes.

The game is incredibly faithful to the originals as far as I can tell besides additions of the newer Gen IV monsters. There are new events added which I won’t spoil, but if you want to know them you can find out else where. I don’t know what more to say about it other than the new Safari Zone rocks, there is various customization options which draw out different Pokémon based on different conditions. The other big new area is called the Pokélthon and is basically just a dome where you compete in minigames. They are amusing, but not incredible. I honestly haven’t spent much time doing them, but maybe once the game is released in English I will.

There is no more planting and keeping track of berry trees in HGSS, instead you have a small container which holds and grows a few berries. While this isn’t as effective and definitely puts a halt on berry harvesting, it is incredibly convenient not having to bike around and water tons of mulch locations. Do you remember apricorns from the originals? Well they are back, and they serve two purposes, one for free Pokéball production from the one guy in the one town (I know nothing about names, I am glad the game is so visual based lol) or for the apricorn shaker. I never once used the apricorn shaker, and I am sure it serves some purpose, but I am yet to discover what that purpose is. 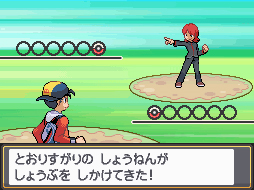 The single most annoying thing for me with the Japanese version was the constant phone calls. You have a phone and you have the option of getting a lot of phone numbers, which for some reason I decided to get. So roughly every hour I get a phone call and have no idea what is going on. Hell he could be telling me he just caught a Magikarp or telling me he has some rare item, I’ll never know (unless I learn Japanese ;)). It isn’t really a detractive gameplay feature, it can just annoy me, particularly when your mother calls you and tries to manage your money and you have no idea what option to select.

These gripes are extremely minuscule in the whole of the game and don’t detract from it over all. Through playing both SS and Diamond at the same time, they definitely sped up the gameplay in HGSS a bit, which honestly was needed. DPP felt like it dragged on at times or I felt like I was mashing the A button trying to advance the game. In HGSS things go at a very nice pace and don’t feel slow or sluggish. Battles go relatively quick and don’t feel like a drag.

The language barrier was definitely present for me when playing the game, there were times where I had no idea what was going on or what to do next, but generally thanks to me be familiar with the original I didn’t have this problem often. I just mashed through text and in general for battle moves went off stats, PP, and what seemed right. Thanks to Pokémon being aimed at a younger crowd, things are very simple, whether it be distinguishable color coded item sprites or Pokémon types. I could never imagine playing a game like Dragon Quest or Final Fantasy in Japanese and not knowing what is going on because they definitely aren’t set up in such an easy way. I would say that being able to read and understand the game would add to the experience, but this is something I expected from the beginning. I still enjoyed going through and fighting the Johto and Kanto gym leaders and the Elite Four while collecting and training a wide variety of Pokémon. 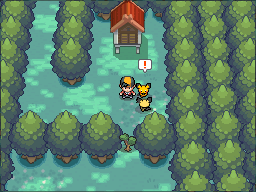 I love the compatibility with Diamond, Pearl, and Platinum, it really creates a whole new aspect of the training, trading, and battling part of the game. It works seamlessly and is incredibly easy.

There are not many differences between Heart Gold and Soul Silver besides slight differences in the Pokémon you can catch in some areas and at sometimes. I don’t want to spoil such things, but if you want to know feel free to ask and I can go into detail. 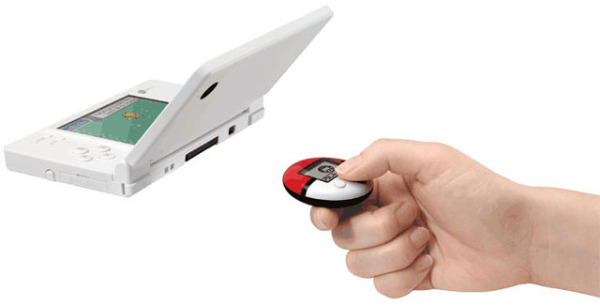 The Pokéwalker is a nifty little device. It is a pedometer that measures steps, and based on those steps you get watts used for an item minigame, unlocking new courses, or catching Pokémon. You can only catch 3 Pokémon per walk, but can exchange newly caught ones for different ones. At launch I downloaded a limited special Pikachu Forest Pokéwalker course, which is really the only I have used so far, which isn’t honestly that much. It is neat, but not something I am crazy about. I can give more details on the Pokéwalker if needed, but it isn’t anything to crazy. Let me put it this way, if it didn’t come with the game, I wouldn’t have bought it separately.

In the end, Heart Gold and Soul Silver are beautiful remakes containing a lot of fan-service for Pokémon fans of the past, but also of the newer generation. I would recommend buying this game in your language, though, which isn’t much longer of a wait for the U.S.! I know I will be picking up both versions, if and when you do please let me know, we can exchange friend codes, trade, and battle!